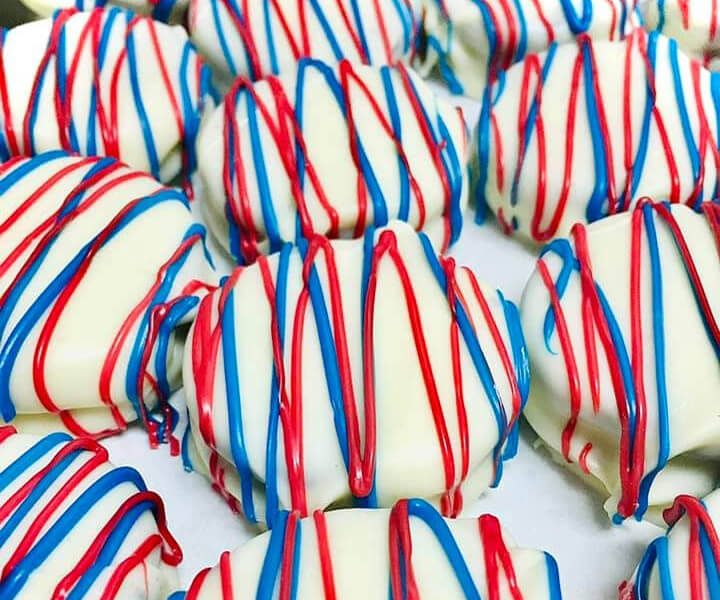 Opening his near-barren freezer one fateful day in 2013, Jason Kirby spied two ingredients—a pint of ice cream and a fifth of vodka—and was struck by an epiphany: “I thought, ‘If I could get the alcohol to freeze in the ice cream, I might have something here,’” he remembers.

Four years later, that idea became boozy ice cream company Hardscoop, which debuted at 2017’s Charleston Wine + Food. After hundreds of test batches, Kirby and his team (which consists of his parents, Lynn and David; his brother-in-law, Chris Ledbetter; and his friend, Rachel Solomon) found the golden ratio of ice cream to alcohol. “We didn’t want it to be just some gimmick with a drop of alcohol in it,” Kirby says about creating their 16-proof pint, in which one serving packs the strength of “a glass of wine or a strong beer.”

Working out of their certified distillery on Daniel Island, the Hardscoop crew crafts a core flavor lineup including vanilla, chocolate, and coffee, plus seasonal products, all infused with their house-made neutral grain spirit. “We wanted people to be able to indulge in flavors that they’ve probably been eating their whole life, but with our spin on them,” Kirby says. About the java variety, made with Lowcountry Coffee Roasters beans, he adds, “Most adults have a pretty intimate relationship with coffee, so that was a no-brainer.” The team gets creative with limited-edition batches, which are released every few months and often announced via mouthwatering Instagram posts. Last Christmas, eggnog and chocolate peppermint bark (using candy sourced from Mount Pleasant’s Sweet Julep’s shop) made holiday parties even more merry, while this spring saw rich butterscotch rum.

For summer, the ice cream makers are selling strawberry and peach sorbets made with fresh fruit that are free of fat and dairy, but still strong (20-plus-proof strong). “The sorbet is perfect for hot weather, because when it starts to melt, you can drink it like a slushy,” Kirby notes. He adds that another line “very unique to the South” is also in the works, but he’s keeping the flavors a surprise. “If you’re from around here, you’re going to understand them in a big way,” he laughs.

You can sample the ice cream at the distillery’s daily tastings (and pick up a pint while you’re at it), and also find Hardscoop products in more than 40 retailers in the area, including select Harris Teeters, Boone Hall Farms Market, and Bottles Beverage store, as well as bars such as Elliotborough Mini Bar and Rusty Bull. Just be sure to keep the kiddos away from your scoops—this is one treat they’ll have to wait for.